Regular price ₱4,400.00 Add to Cart!
/
You will be getting Kickstarter edition of Root: The Underworld which includes:

Return to the world of Root with The Underworld Expansion. Tunnel through the land as The Great Underground Duchy. Infiltrate the hands of your opponents with the Corvid Conspiracy. And, with two additional maps, new and experienced players have never had so many ways to explore Root!

In the fall of 2017, we brought Root to Kickstarter. With your support, we expanded the scope of the game, offering new factions and improvements to the game’s components. It has been an immense privilege and a pleasure to bring Root to market, and we couldn’t have done it without you all.

In the winter, Patrick pitched his concept for a new expansion: two new factions and two new maps, built to expand the possible faction configurations and offer totally new styles of play. Patrick handed the design to Nick Brachmann and Cole Wehrle for final development and, after months of work, the game is ready to share.

With this Kickstarter, we want to raise funds to print the new expansion and another large run of existing Root products. In the past, we’ve always done our best to take care of our Kickstarter backers. Root: The Underworld Expansion will be no different. Backers who pledge at a level that includes the new expansion will also get a set of custom Vagabond meeples, a set of resin clearing markers, and an alternative deck (The Exiles and Partisans) for free!

In addition, we’ve got a new set of automated factions built in collaboration with Benjamin Schmauss and his Better Bot Project. And, for our returning backers, we have a full set of new faction boards with the rules updates from the third printing. If you'd like to play with these alterations without buying the replacement boards, you can find the update kit on our website.

Thank you for submitting a review!

Your input is very much appreciated. Share it with your friends so they can enjoy it too!

FacebookTwitter
Be the first to review this item
Filter Reviews:
×
Clear filter
More Filters
10/11/2021
I recommend this product

Must-buy expansion for lovers of Root

Perhaps the best thing about buying ROOT's base game is that you will be able to play with it's expansions. Don't get me wrong. The base game in itself is a complete experience. ROOT's asymmetric factions provide fantastic moments of thinking and strategy but after a while playing with only ROOT base game's 4 factions, people will eventually find good ways to play their own faction as well as handle their opponents' factions. Being able to mix up the experience by getting new factions into play is exciting and it adds up so much more to the experience. The Underground Duchy is easily my newest favorite faction from this expansion. They start off slow but the more pieces you place on the board and the more ministers you acquire, play starts to ramp up for them. They didn't necessarily add any new mechanics to the game but they're a very well made faction. The Corvid Conspiracy is another fun faction to play but for the life of me I can't play well at all. It adds mechanics like bluffing and trying to trick other players with your hidden pieces and it's actually very fun to play. It's not as fun to play against cause you have to be really good at calling out bluffs and predicting your opponent (I'm not very good at it, you see) but it's all good fun in the end. Not to mention but this expansion also adds another 2 maps to play with and they all add a lot of new mechanics and strategies to play with. Overall, ROOT is a game that is only made better by more expansions and I can't recommend this enough. It has become one the most played games in my gaming group and we just can't get enough of it. 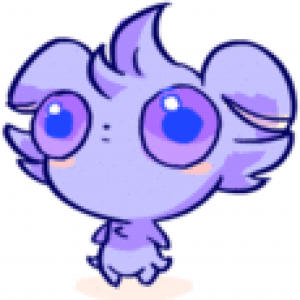 Well packed and components are in great shape.